Bandfest 2018 to be held in Corozal

Under Sir Collvine Young this event is made possible. Sir Colville Norbert Young GCMG MBE (born 20 November 1932) is the Governor-General of Belize, and also a patron of the Scout Association of Belize. He was appointed Governor-General in 1993, taking office on 17 November of that year, and was knighted in 1994.Sir Colville studied at Belize's St Michael's College (now part of Anglican Cathedral College (ACC) and not to be confused with the institution now known as Maud Williams High School), and earned a B.A. degree in English from the University of the West Indies, Mona Campus, Jamaica prior to his doctorate in linguistics from the University of York in England. Here's a view of last year's event:
http://wuwjee.blogspot.com/2017/04/band-fest-2017-was-held-at-orange-walk.html 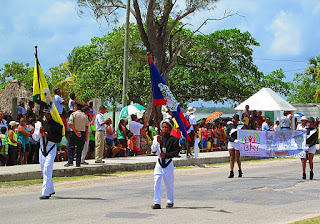 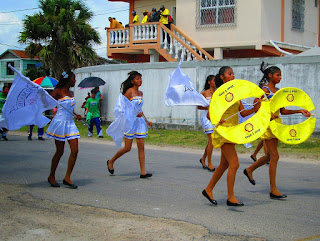 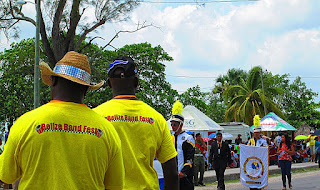 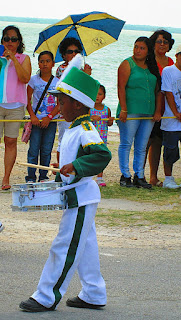 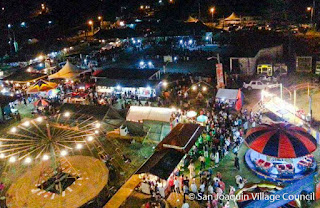 Schedule of Events Include the Following:-

Food and beverage, Art Work on Sale, Mechanical rides and Games for the entire family! 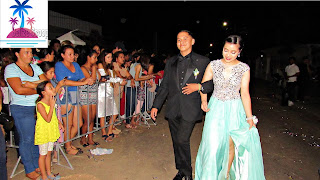 It's was time for the 2018 Oscars! Oscar host Corozal Community College and the nominees have quite a show lined up, so you did want to miss any minute of it! This Year's for Prom Night held by Corozal community College was "Oscars". It was held inside Dreams on June 2, 2018 and the event commenced at 7pm. 100's of people lined up at the entrance of Dreams to witness the 2018 best prom night in Corozal. Each group came in with their own entrance dance, dresses, and boys with their suit with various colors, fireworks presentation, Lemmo, and many other presentation. Corozal Commnuity College is the school that does Prom Night In Corozal Apart from other High Schools in the Corozal District like this Prom Night. They win in categories like the Queen and the king of the year, best clothing and boys suit, and best entrance. If you want to read last year's event here is a link: https://wuwjee.blogspot.com/2017/05/corozal-community-college-prom-night.html 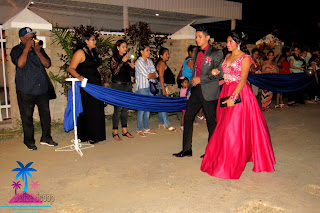 It's that time of the Year where Prom Night is celebrated on the month of June around Belize. That one special night, usually in June, when girls in colorful gowns and boys in ill-fitting tuxedos pose awkwardly for photos that they will cherish (or rue) for the rest of their lives. This year' Prom Night for school of Corozal Community College Fourth form class Theme was " Beauty and the Beast". Here's how it all began. Yes, the class of Corozal Community College prom night was held at “Dreams" on June 3, 2017.
Shortly after 7pm the community of Corozal had gathered  in front of Dreams to watch the 2017 Prom Night that strut down the Red Carpet in their gorgeous dresses and fitted tux. This High school kids on prom night where eager, excited and boutonniered--they boogie-oogie-oogied on the aisle with each couple representing there Beauty and the beast theme, fire works display, Toy's R US, Dancing, Singing, and they  posed for photos and capped the eveni… 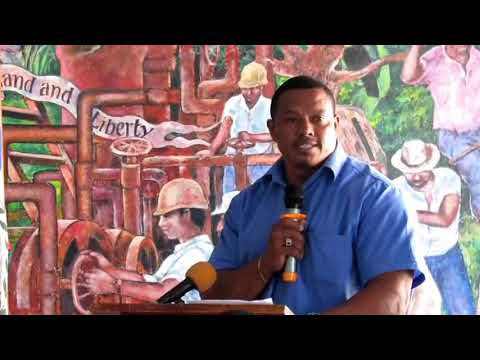 The Unveiling of The Unveiling municipal Surveillance Security Camera System was held onWednesday, February 26TH, 2020  inside the Corozal Town Hall.  Surprisingly, a number of people had already filled the chairs before the ceremony began at 10AM. Master Of Ceremony was done by Mr. Alex Fredy Ewens, Belize National Anthem, Prayers, Mr. Acting Commissioner Police officer Dennis Lopez gave his speech, Mr. Javier Gutierrez gave his speech, Mr. Rigo Vellos gave his speech and Question and Answers. The event was concluded in just One Hour of presentation.

The Unveiling of The Unveiling Municipal Surveillance Security Camera System was discussed to the public, to commence the safety of Corozal, eliminate those who are caught polluting in Corozal, eliminate crime in Corozal, and, caught people red-handed. These cameras will also, benefit more about Tourism in the future.19 cameras were installed around Corozal.  16 cameras, out of the 19 cameras will be shown on the TV monitor around Coroza… 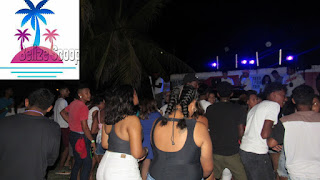 It was the second annual Colors Beach Festival Foam # Paint # Water. COLORS BEACH FESTIVAL | Foam + Paint + Water was held on Saturday July 21, 2018 @ Rainbow Beach. This event is several DJ's come and party all night djing. While paint-foam-water is being thrown at the audience. Music By: DJ Callie - DJ Kenneth - Generation 2 - DJ Infinity - DeeJay Dev + Special Guest NO FEAR DJS & DJ ODYSSEY 15$ were presold tickets and 20$ at the gate was charged for tickets. Colors fest was one of the fun night to see everyone dancing and getting painted. They even threw glow in the dark sticks to hyoen the croud. There were inclusive bar aea for drinks. Come say hi to the staff of Wahoo's Lounge that works hard behind the counter that makes Wahoo's Lounge famous. if your looking for Wahoo's Lounge it is located in the heart of San Pedro Ambergris Caye. It is located in front of Spindrift Hotel on the first floor on the beachside.  Wahoo' s Lounge has reasonable bar prices of 5bze for a beer, drink, or any other beer that is on 5bze pricing. It is 5bze everywhere on the island.  Wahoo's Lounge has a view from the Barrier Reef and the waterview. It is an indoor bar with great music you might like. Don't worry, because Caliente's offers food right next door while you site back and have drink here at Wahoo's Lounge.  Tourists come here just for one reason: The Chicken Drop. If you're a fan of gambling you might win alot of Cash.  Also, every Saturday is Karaoke for those who want to try your Tryaoke.  Many people may be asking "What is Chicken Drop? "
Wahoo's Lounge: The Chicken Drop is a… 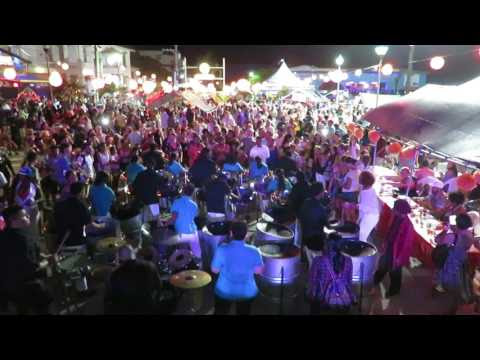 Lobster season closes for 2018 in Belize

The various Lobsterfest events are Belize's savvy way of celebrating the opening of the lobster season. It's held every year starting mid-June, in four parts of the country, Belize City, the northern cayes to the southern coast: Caye Caulker, San Pedro and Placencia. Did you know that the lobster fishing season closes on February 14th each year? Valentine’s Day was you're last chance to enjoy a succulent lobster dish until June 15th when our lobster festival commences.
During the closed lobster season you may not keep lobster in your freezer, you are not permitted to fish for lobster in our waters and hefty fines are levied for infractions.
When the lobster fishing season is closed our little friends can spend time breeding and grow. Respect the seasons and enjoy the reasons You can check around, some restaurants have special permission to have it on their menu offseason.
San Pedro´s Lobsterfest - The San Pedro Lobster Festival is an annual event that celebrates the reop… 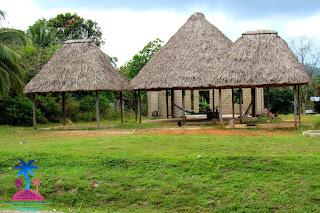 Why should you visit Placencia Village, Belize; Belize Scoop has the Scoop

Placencia is a beach resort on the Caribbean coast of Belize. It’s at the southern tip of the Placencia Peninsula, known for its palm-lined beaches. Between the peninsula and the mainland, Placencia Lagoon is home to manatees and saltwater crocodiles. Offshore, there are dive sites on the coral Belize Barrier Reef. To the north, the Garífuna community of Seine Bight is a hub for traditional drumming and dance.Once a sleepy fishing village, Placencia has emerged as an increasingly popular eco-destination on the Caribbean. For those who enjoy outdoor adventure, the Stann Creek region offers a host of activities: hiking through mountainous rain forests, kayaking, deep sea fishing, diving and exploring Mayan ruins. The peninsula boasts 16 miles of tranquil beaches, with a lagoon to the west and the Caribbean to the east and lots of peace and quiet in the middle. Tour guides and dive centers offer a variety of excursions, with boat rides to the outer cayes an ongoing favorite. Also popular…

A Brief History of the Mayan people

The Maya Culture of Belize is fading away. And, we need to bring back the Maya History. Batab Maaskab Masewal (The Northern Maya of Belize) from Orange Walk explained to me a brief history of the Mayas.  And, even right here in Corozal. there is a Mayan Group called the To'one Masehual'on group. If you want any information about the Mayas please contact this two pages. I want to thank the Batab Maaskal for this great information of the Mayas.

The Maya people  of the  Northern Belize belong to the group known as Yucatec Maya which are found in Corozal,Orange and Cayo . The Maya have been in the northern area of Belize since the first contact with the Spanish resisting for over 200 years until the British came . When the British came to Belize they did not encounter the Maya living in the sea side but they continue to live inland. As the British went deeper to the jungle they face Maya resistance by the rio Bravo,lamanai and Yalbac area . The British reported several attacks do… 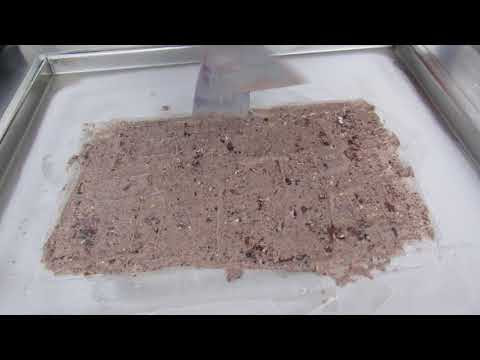 Hey, Ice Cream Lovers I have a scoop to tell you. A Brand-New Ice Cream Pallor is open in Second Street South in Corozal. This is one of the fun place to visit in Corozal. It’s a walk in Pallor and a flavor to pick.  On Tuesday, January 2, was the opening doors of Dukker ice cream.  All our ice creams are made now and with the combinations of flavors that you prefer. And without forgetting that all our bases are free of lactose and sweetened with fructose, so that there is no pretext. There you can take care of your health and continue enjoying a delicious and organic ice cream, free of chemicals, and lots of flavor. Call us at: 633- 7529 or visit us at our Facebook page: https://www.facebook.com/dukkericecreamroll/
Dukker Ice Cream first store in Corozal District specializes in ice cream, a new way to enjoy an unimaginable amount of combinations of flavors and textures all natural, giving way also to a calm, relaxed and fun, a nice place where you will not think about anything but th…